The pantalón conundrum at Casco Antiguo 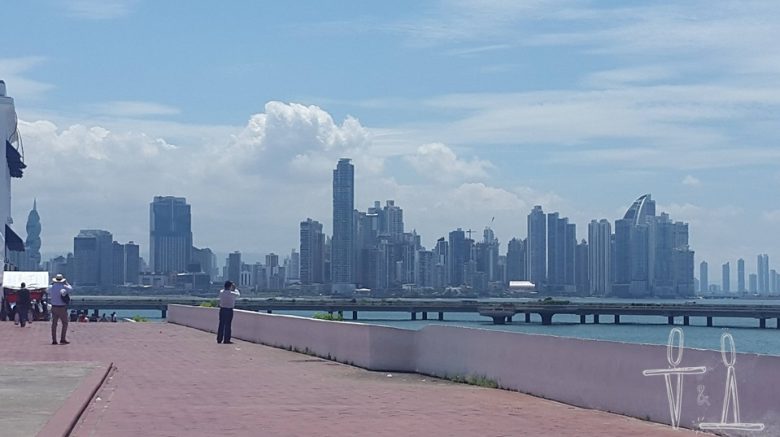 We sit on the steps of Iglesia de la Merced, on the verge of the Casco Antiguo. After crossing the entire length of Avenida Central’s open air market, struggling through the dense crowds and the boisterous Reggaeton, we need to regain both our breath and our hearing. We’ve put a few blocks between ourselves and the market, but I swear I can still feel the ground shaking to the beat. Those poor vendor ladies. How can they find the breath to advertise the day’s specials over 130dB of Daddy Yankee’s “Shaky Shaky”?

A few minutes later, back from the oblivion we had been thrown into by the market’s mayhem, we press on towards the Casco. The crowd has dispersed, the noise has subsided. Flowers splash the balconies of an already colorful array of colonial buildings.

Ahead, at Plaza de la Independencia, there’s some commotion. I join the bystander column to get a closer view. A community of Ngöbe-Buglé indians, around 3 or 4 dozens of them, protests against deforestation and the loss of their territories. Their stern expression fades their vivid outfits, their silence amplifies the revolt written on their banners. I feel someone tapping my shoulder.

I turn around to an old man, hands behind his back and a smirk on his wrinkled face. “¡Usted no es Panameño!”, he says, arrogantly. “¿Cómo qué no?”, I ask, defiantly. “Usted lleva pantalón corto. Nosotros los Panameños siempre llevamos pantalón largo”.

Before I could realise I had just been Fashion Policed by an old man in pink flip flops and khaki pants, he proceeded to offer his services as a bootleg tour guide. The shorts remark was nothing but a pick up line. Sir, I do not desire your company or guidance. Even though you are most certainly right, you have offended me with your haughty, unnecessary statement about my non-Panamanianness based on my garment. Now if you would excuse me, my wife is looking rather angry that I left her scorching in the Sun to chat with you. She, too, feels I should wear trousers more often, perhaps you two should start a club.

I turn around and leave the Plaza, and so do the Ngöbe-Buglé. Without uttering a single sound.

Dealing with touts at Casco Antiguo is an experience for itself. On the rest of Panama City, we found it easy to move in relative tranquility. No one approaching us, staring at us or trying to sell us anything, with the honorable exception of taxi drivers honking for passengers. But in the heart of town, we turn into cannon fodder.

Maybe it’s just bad timing. It’s mid morning, the sky’s clear and the Sun’s rising fast. Probably the hottest day we had in Panama, though at this time we don’t know this yet. So it’s no wonder that most people roaming the streets are tourists, who end up drawing attention from a few figures wishing to make a fast buck.

Mind you, dear reader, that despite the spotlight we never felt unsafe at the Casco Antiguo. Neither anywhere we’ve been to in Panama, for that matter. We got along fine with the usual safety precautions, and the touts we encountered were easily ousted. But if for any reason you would rather skid past a bit more unnoticed, I suppose there are certain measures you could take to blend in more properly. Like wearing trousers.

Strolling down the Casco

At Plaza de Francia, we scoot off yet another freelance part time tour guide before going up the staircase to Paseo Esteban Huertas. Anchored container ships dot the Pacific waters, awaiting their turn to cross the Canal, disappearing behind the Amador Islands when called. Below, at the reefs surfaced by low tide, whimbrels look for crabs and a raccoon with a handful of something flees into a hole in the wall, hoping not to be noticed. You should have worn pants, mate.

An old man plays the ukulele below the shade of the flowery pergola on the northern side of the Paseo. We sit and listen to his hoarse singing and clean strumming, gazing at Punta Paitilla’s skyscrapers across the bay. What he’s singing about I can’t tell, his thick accent and lack of teeth make it impossible to understand. I did catch a word – cerveza.

We spend the next couple of hours covering the nearly empty streets of the Casco, whose names reveal a blatant lack of originality. Avenida A, Avenida B, Calle 4a… Sadly, Panamanian naming issues go past toponymy. Panama is the name of the city and the country, but also of the province. It’s also a hat, a tree and a beer brand. Balboa is also a fairly used name. The following sentences makes sense:

“If Balboa was alive today, he could stroll down Balboa Avenue and have a Balboa for 2 Balboa”.

Plaza Bolívar is one of most charming places in the Casco. The military checkpoint on the northwest corner, en route to Palacio de las Garzas, only adds to its charisma. El Libertador himself has a fine view towards the Hotel Colombia.

A few blocks south, the beautiful American Trade Hotel faces directly at the crumbling Escuela Nicolás Pacheco, on the other side of Plaza Herrera. Hotels, museums, churches, governmental offices, all seem to be well maintained, but most public infrastructure is in shambles. Many houses are degraded beyond the threshold of inhabiting conditions. And despite the absence of locals on the streets, we can’t find a single vacant parking spot.

Late morning, early afternoon, we don’t know. The heat blurrs our sight, dries our mouths, hazes our minds. The ukelele man’s song is stuck on my head.

A few minutes later, we sip on a cold cerveza in a shaded terrace nearby Plaza Carlos V, talking about what we just saw and how it hits close to home. We too come from a city with a UNESCO protected historic center, where the growing pains of the tourism industry have been increasing in the past couple of years.

Of course the city has benefitted from this growth: about a decade ago, when the advent of low cost flights put Porto on the European tourist’s map, the never before seen visitor inflow brought with it a complete makeover to the city. Monuments were cleaned and repaired, abandoned buildings were restored, new restaurants and bars popped up on every corner. Now, the central neighborhoods of Porto are once again pleasant and beautiful places, pushing the city to the top of every list of “most… cities in Europe” and to the shortlist of contenders for European Best Destination every year.

But there’s a downside to this. As of today, landlords in the center are pushing their long term tenants out of their apartments to list them as far more profitable short term rentals. Traditional commerce also suffers with the locals’ exodus, every day another grocery store becomes a souvenir shop. Panama’s Casco Antiguo seems to be suffering from this as well, at least to some degree.

As tourists ourselves, we feel it’s our responsibility to help keep the places we visit as authentic as possible. We try to avoid vacation rentals, as convinient, cheap and quirky they might be. We favor local cuisine to fast food, we buy locally produced souvenirs rather than made-in-China stuff. Unless, of course, we happen to be in China.

Another important action is to make sure the activities we engage in and the services we hire do not contribute to enlarge our tourist footprint. This, however, is mostly not so straightforward. We may not have upfront access to the required level of information about said activities, services, or providing companies to make a conscious decision. And even when we do, sometimes we can only draw conclusions in the end. We have enrolled on a few less wholesome ventures, and we’d like to think we’ve learned from them.

Tourism can completely revitalize a city, and Porto is living proof of that. But if left unregulated, it can turn into a self-consuming industry, whose real consequences are yet to be fully understood. One thing we do find clear. Stripping the local populations in favor of tourists will only contribute to the cities’ disidentification and depersonalization. Eventually, every city will become the same dried out carcass. Traditions forgotten after the natives bled out into the suburbs. History playing in the background in a requiem. Future relinquished for the amusement of the visiting hordes.

After this envigorating session of cheap doomsday philosophy, we finish our beer and head out to the Convento de Santo Domingo. Here, we bump into our friend the Trouser Paladin, who managed to lure a family of 4 into his services. Since everyone’s wearing trousers, I wonder which pick up line did he use. 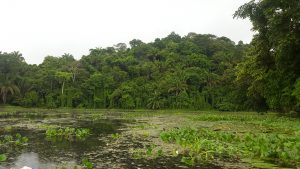 Soberania National Park: the jungle that powers the Canal 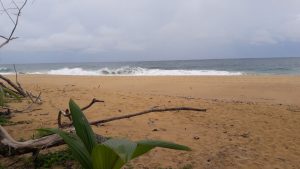 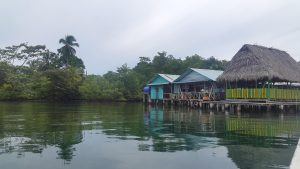